Independence isn’t really something you think about until it’s threatened. It is just one of many things we take for granted. Having a job, and a social life. Being able to do what we want, when we want. Being able to drive. My disability has meant that I have had to battle to maintain my independence. It is desperately important to me and my self-esteem. I want to work. I want to feel like I am doing my bit. Being free is such a blessing and it’s a privilege that people don’t even give a second thought to until it is at stake. When our independence is threatened it often stirs up all kinds of emotion. Anxiety, anger, frustration, hopelessness to name a few. There is one thing that makes these emotional reactions even greater and that is when the threat to independence is thanks to discrimination or injustice. I recently experienced this very thing.

My capability to drive was questioned purely based on the fact that I am in a wheelchair. Not my near 15 years driving with a clean slate, nor my doctor’s clearance to drive but purely the fact that I am in a wheelchair. Driving is a privilege not a right, and not one I take lightly. We all want to be safe on our roads. We expect that people be penalised for speeding, driving under the influence and getting too many demerit points. However, we don’t expect perfectly capable drivers who have proven themselves by passing the same tests as everyone else (and cleared by their doctor) to be asked to prove themselves all over again simply because the RMS have decided to make some blanket assumptions about people in wheelchairs. I should say, were they only asking to demonstrate physical capability to use the vehicle’s controls it may be a different case but that is not all the “Disability Driving Test” consists of. It is in fact the same test as that you do to get your P plates. The same test I have already taken and passed first go.

Of all the people I have spoken with since all of this, every single one has openly admitted they would be terrified to have to do their practical driving test again. Most say they don’t think they’d pass without refresher lessons. The thing is though, they don’t have to worry about it because they can walk. My ability to walk, or lack of, should not be the measure of whether I can drive. I don’t have your average condition (whatever that is) and it’s frustrating that I am being judged and discriminated against on that basis.

This situation is a clear case of bureaucratic blanket rules that seem to be arbitrarily applied and unyielding.

The thought of my freedom and independence being at risk made me both grateful for what I do have and terrified at the thought of it being taken away. I have no fear about my ability to drive safely and skilfully but I do have fear of the exam – especially with the gravity of the consequences. Who wouldn’t! For me my car is my key to my freedom. It let’s me get to work. It let’s me take myself to appointments. It let’s me have a social life. While the reasons for being in a wheelchair might be greatly varied, the ease in getting around (or lack of as the case may be) is great. Independence is part of the vitality of life as an adult and when you have a disability you often have to fight for it. Discrimination is one of the biggest obstacles to that independence. It may be cliche but the discrimination and stereotyping you experience really can be far more limiting than the actual physical limitations of the disability. That doesn’t mean you give up and give in though. It’s ironic really because the bigger the barrier the taller I stand, and the taller I stand the more people stand with me until we break down the barrier and wheel right over it. So while I will have to prove my ability to drive AGAIN because of some stereotype about people in wheelchairs, I won’t take it sitting down so that the next person will be assessed as the individual they are. 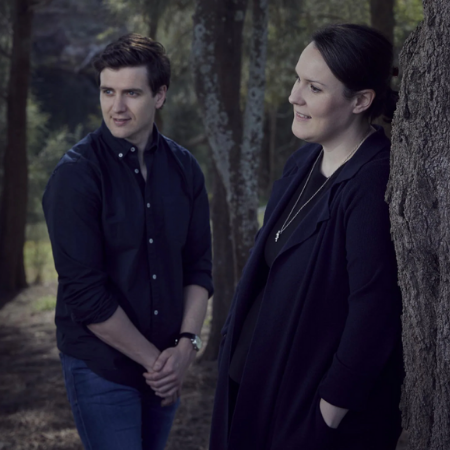